Heads up! Do not use this in production.

Update 22.02.2019: You can use it in production. Kent C Dodds came up with a better implementation to play nicer with Context

When React Context got its new and official API, I was very skeptical about Redux dying; Now, with React Hooks, I am starting to have a second thought.

I decided to create an application using React Hooks and React Context to build an architecture similar to Redux, and assert how similar they could get to be, as well as how suitable the new tools are for the job.

Yes, They looked very weird to me at first, and to be honest, it is still the feature I am the least excited about after the React Conf.

However, once you start using them, you become productive very quickly, and I found that I stopped worrying about what does React needs to properly work (in terms of lifecycles); to just declaring my logic and let React make its magic.

Plus, React Hooks do not introduce breaking changes, nor new concepts, and luckily, no more nested components to share logic and states as HoCs or Render Props needed.

As part of the React Hooks RFC, the React.useReduce brings us the possibility to declare changes in the state as the result of a function that receives an action describing the change:

If you are familiar with Flux-like patterns like Redux, you already know this.

Now with this Hook as part of the React library, you might not need to use other libraries for state management as the React team will support this way of declaring changes to the state of the application.

How is React.Context important here?

React.useReducer will provide us a way to declare changes and mutate our state, as we do with Redux, however, we still need a way to easily connect our deepest children with our states, without falling in prop drilling.

Context API is a built-in way to expose data through components without passing props down.

Therefore, what if we wrap our main component to handle the application’s state with React.useReducer and we pass down the state using React.Context?

Show me the code

This is how the Store component ends up being like: 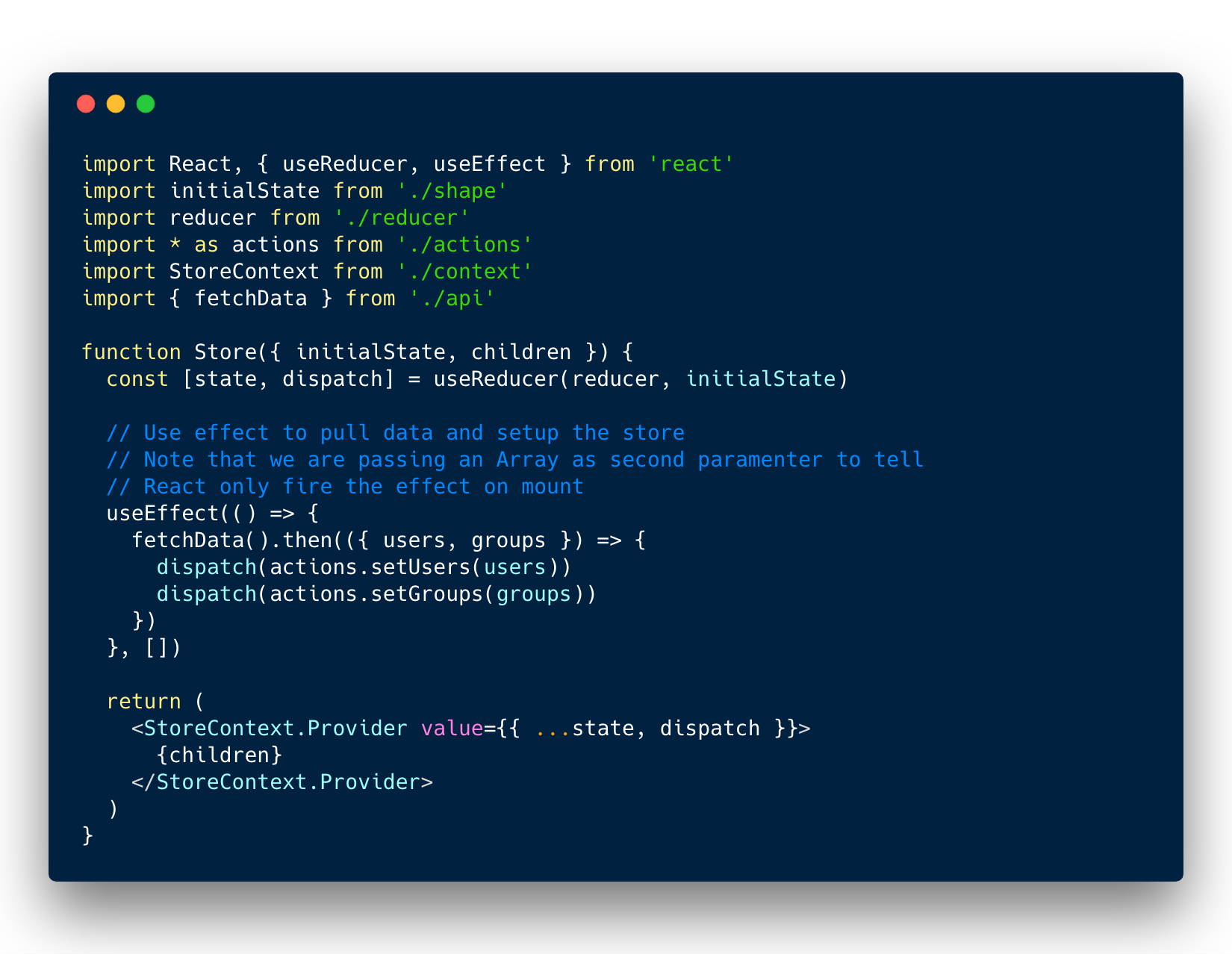 To achieve that, I created a file structure that may result very familiar to you: 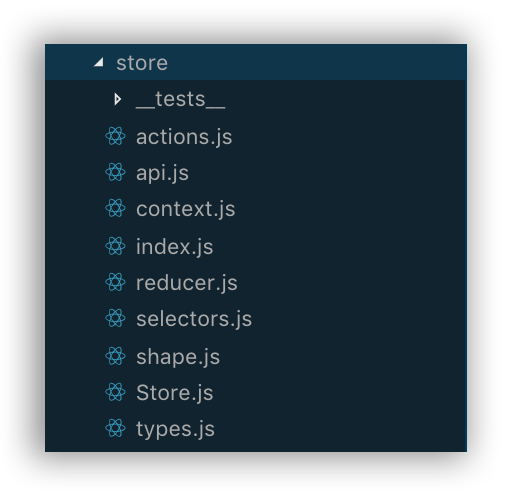 Now, I can use the Store component, which is a Context.Provider Component, to pass down the reducer state. Thus, I can wrap my application: 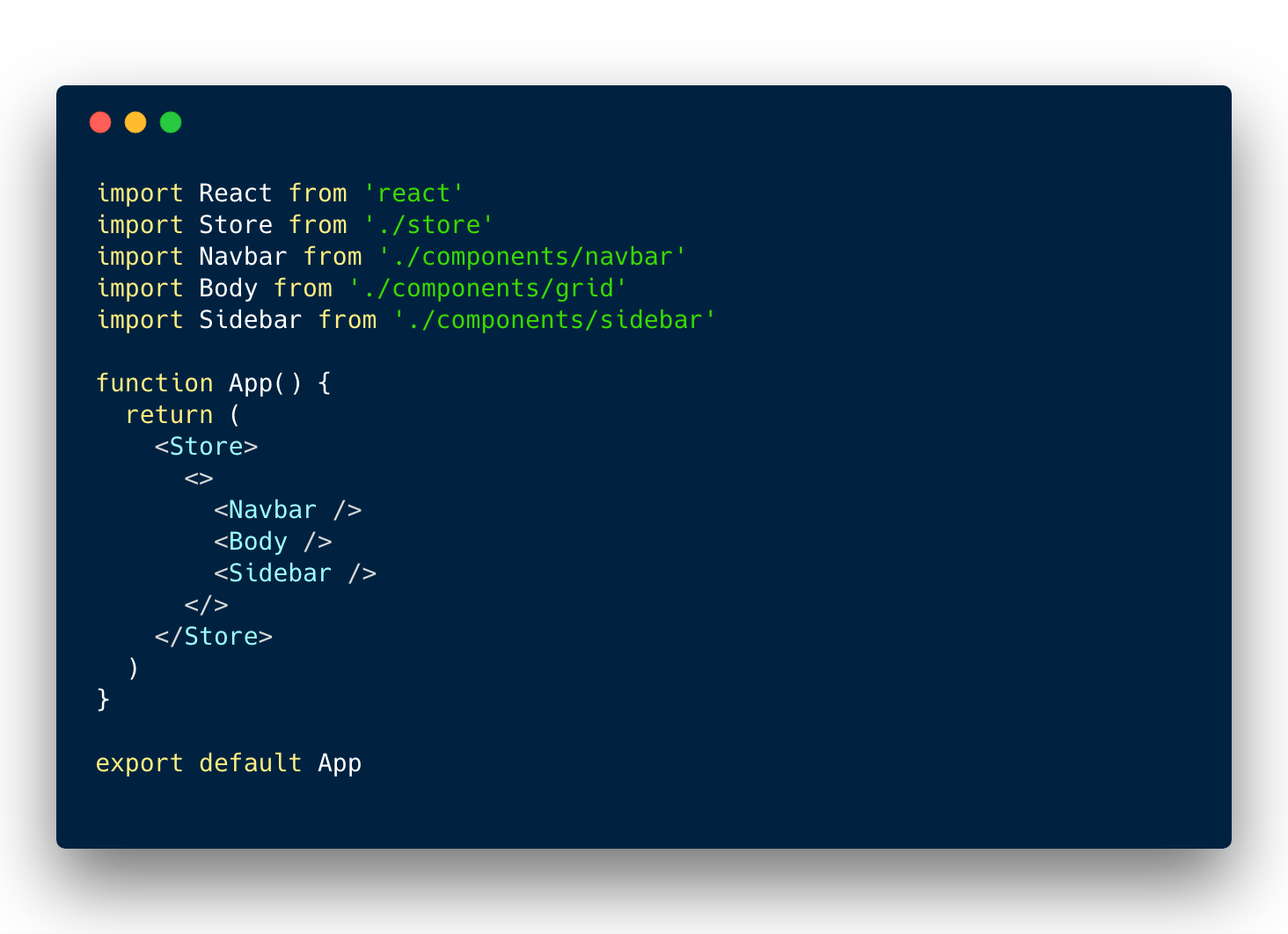 To finally, being able to connect children components to get whatever data they need, and make’em able to dispatch actions to mutate the store! 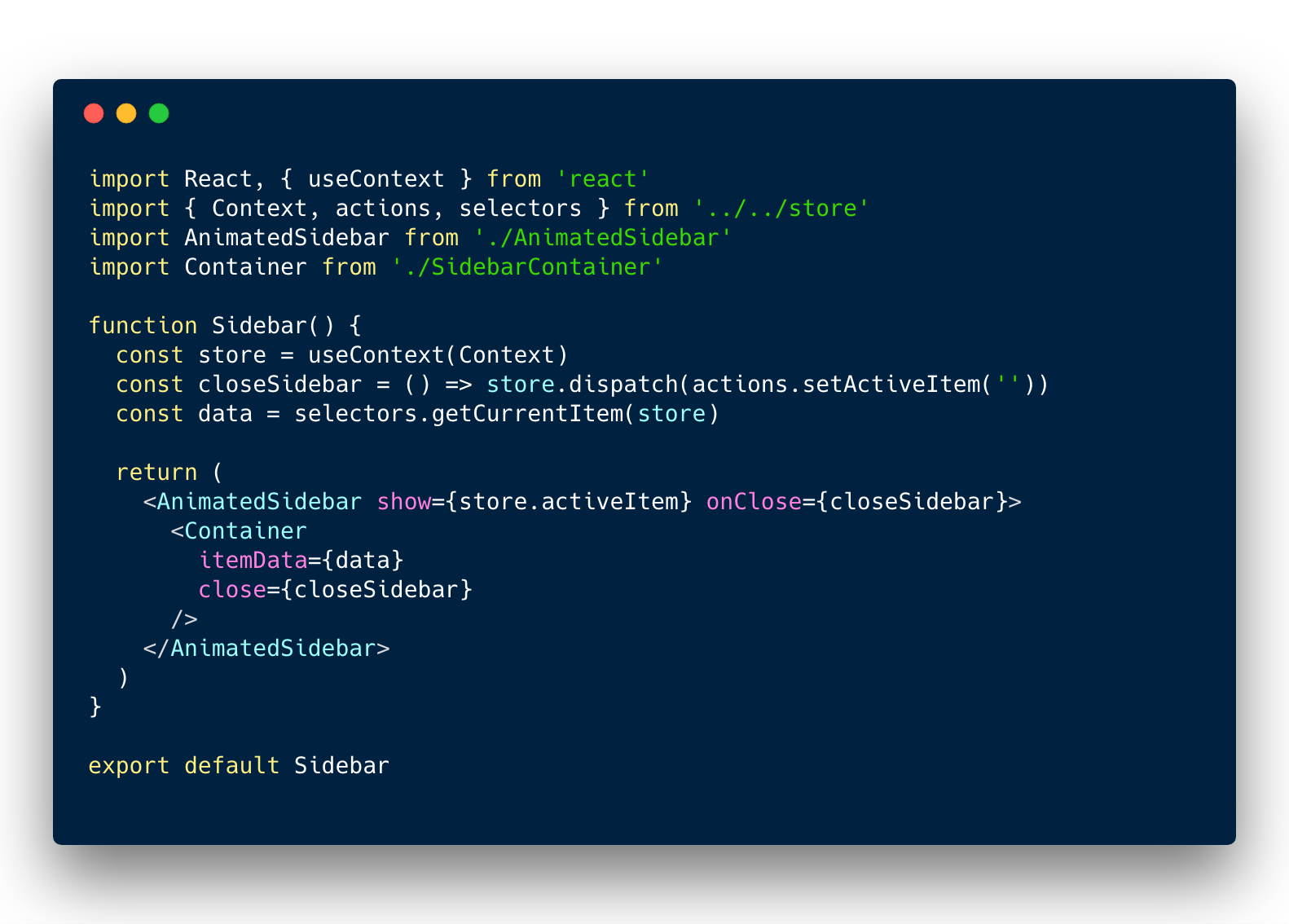 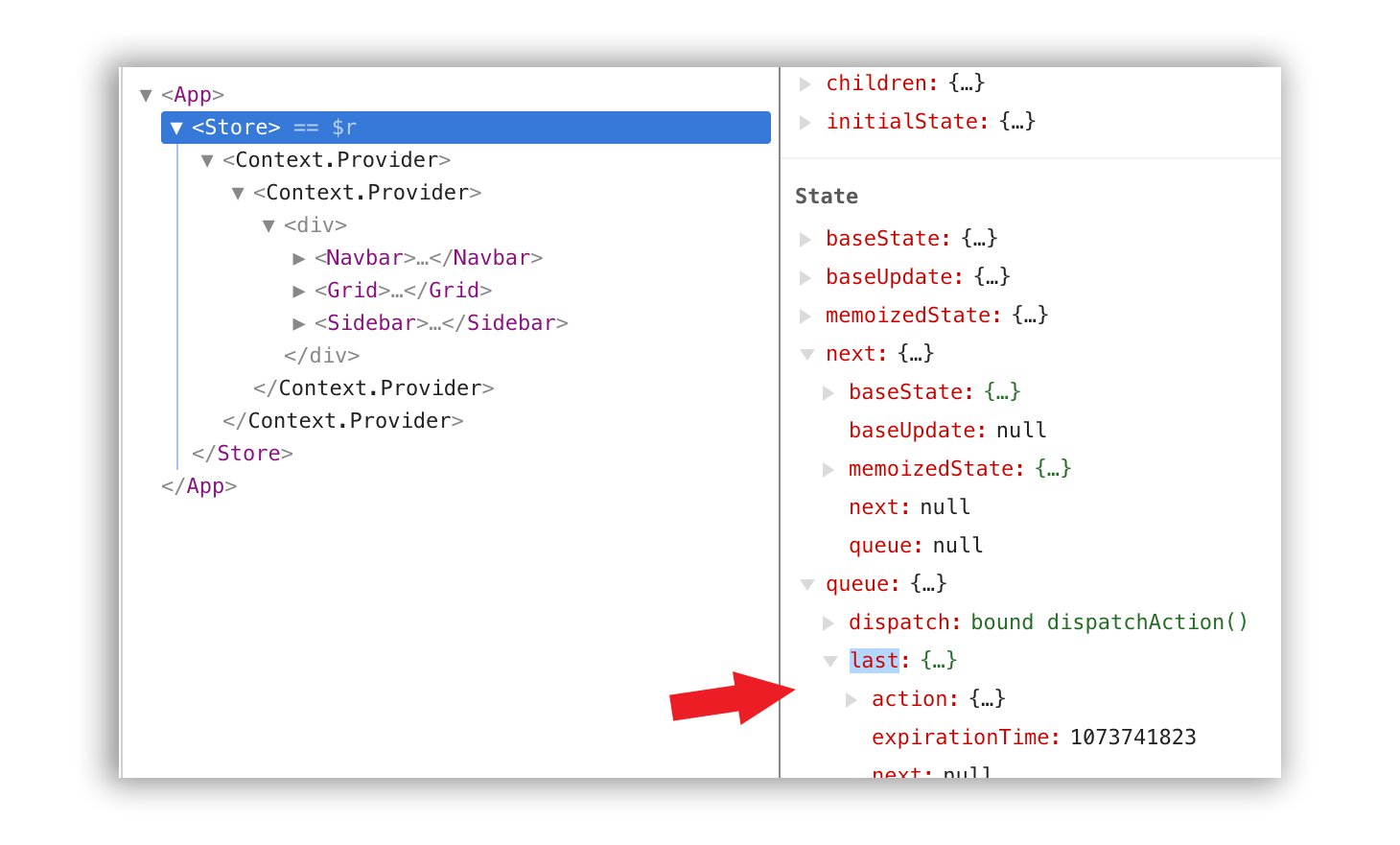 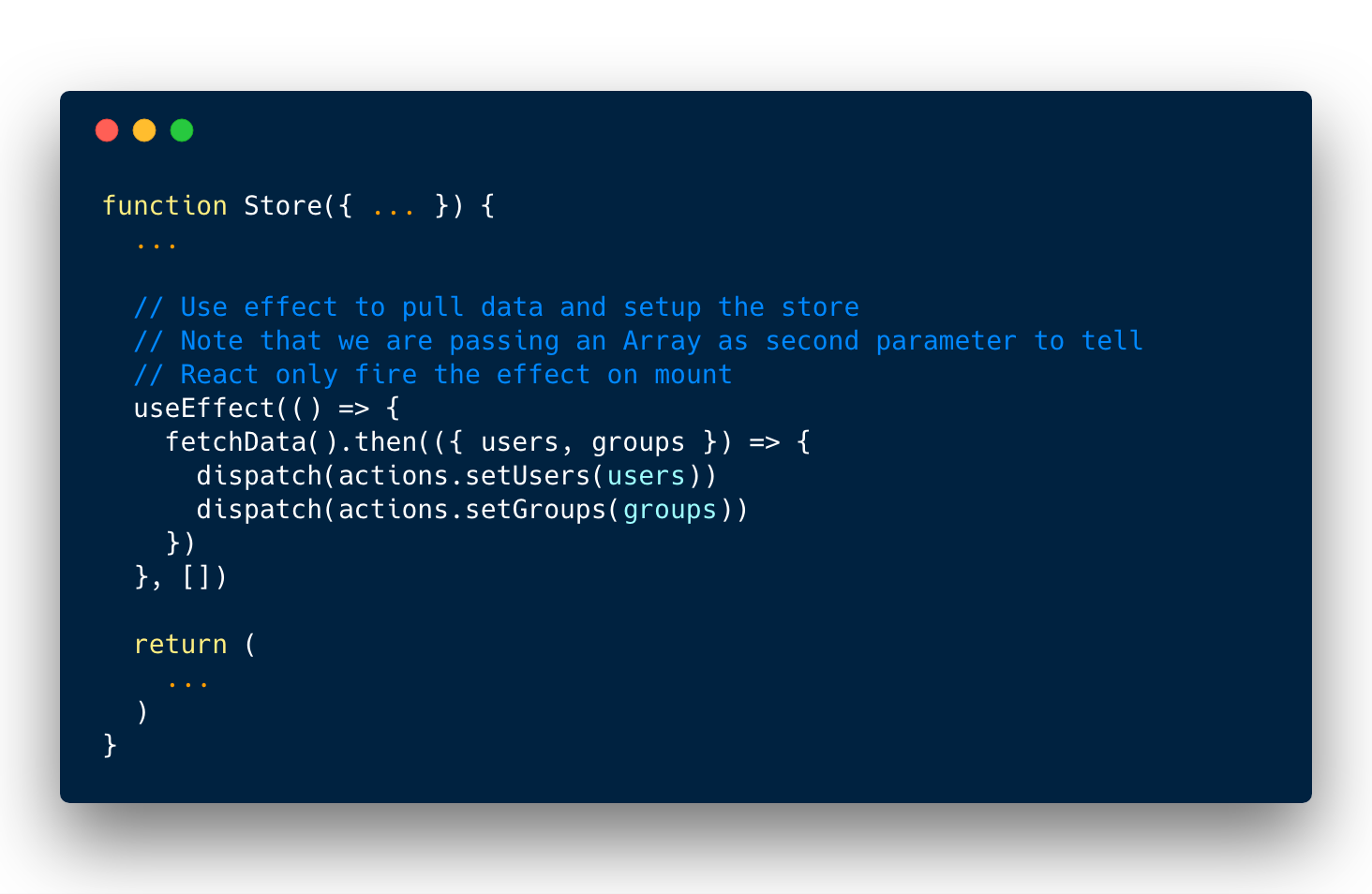